Hoist up ! From 18th to 24th of September 2022, the Régates Royales - Trophée Panerai will make their great return in the beautiful bay of Cannes. This mythical rendez vous of classical yachting is preparing to host an impressive fleet. Around fifty Dragon and more than 80 classic yachts, some of which are more than a century old, will be present on the starting line. Discover this prestigious nautical event with Top Charter.

Cannes, capital of classic yachting for the Régates Royales 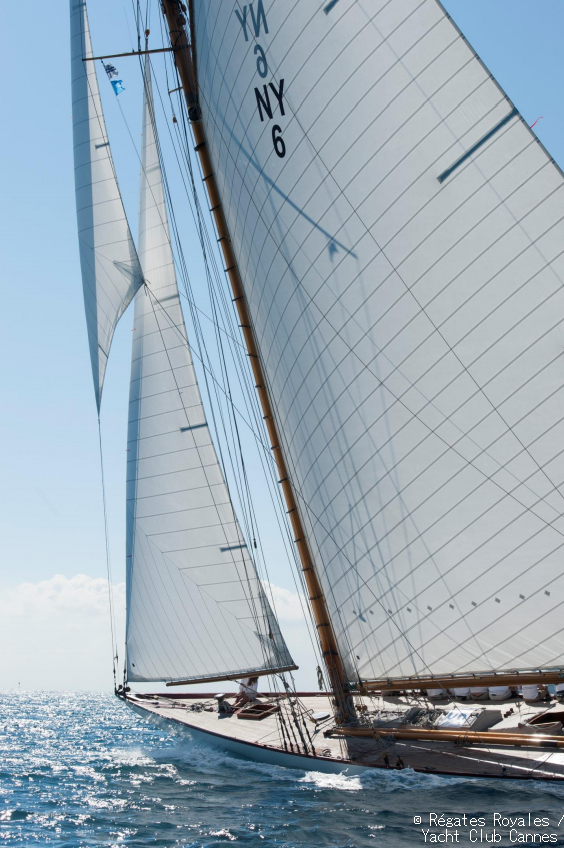 The Croisette hoists the sails! At the end of the Yachting Festival, Cannes is already heading for the glorious years of classical yachting. Gulets, auricle rigs, sloops, yawls, cotres, Class J, legendary monotypes of the last century, 12mJI, 5.5mJI ...

For its 39th edition, one of the oldest sailing races is preparing to gather in the bay of Cannes the most emblematic sails of the yachting.

Program : one week of race off the Lérins islands.

The fleet is divided into eight categories for races, depending on the size, age and rigging of the sailboats. It will sails away for an exceptional gathering of the biggest and most famous yachts of recent centuries.

The Dragon are on fire !

Fifty crews, more than ten nations represented, the Dragon will be in the competition!

For 30 years at the Régattes Royales de Cannes (Royal Regattas), the Dragon make their comeback this fall for 4 intense days. An unmissable event for the best Dragonists from all over the world.

sailboat of kings", don't miss the monotype regatta of the season! 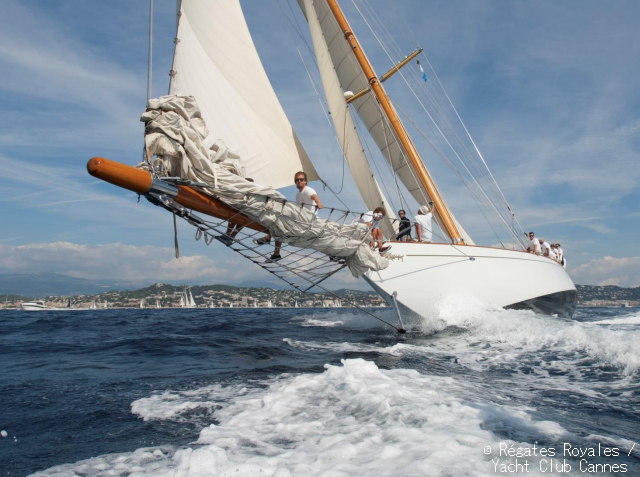 Since their first edition in 1929 as a tribute to King Christian X of Denmark, the Régates Royales de Cannes is one of the most prestigious events of the entire international regatta season.

Reserved for classic sailing boats and vintage sailing boats, the Régates Royales are organized by the Yacht Club of Cannes for 10 years.

Highlighting sails from all horizons and all ages, this gathering has two key words: elegance and competitive spirit.

And the competition promises to be tough!

Between the Rowdy of Brendan McCarty, king of classical events, the Fighting Forty leader of the Marconi events or the direct confrontation between Kelpie and Estérel, the Cannes regattas are already full of suspense and sport.

The Régattes Royales de Cannes is also the last annual event of the Panerai Trophy, the world classical yachting championship. The opportunity to close the nautical season in style.

A friendly village after the race 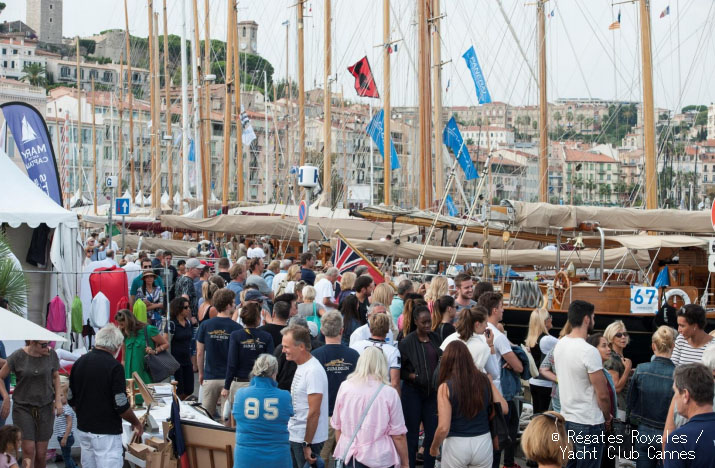 Throughout the week, the village of the Royal Regattas - Panerai Trophy will be installed on the quai Laubeuf of Cannes.

A place of conviviality, it is on the village that the crews, the jury, the exhibitors and the visitors will meet after the return of the regattas.

Supported by the city of Cannes, RIVIERAPORTS (network of the CCI Nice Cote d'Azur) and the main partner Panerai, the Royal Regatta is the sailing event not to be missed so save the date now !


Warning: exif_imagetype(uploads/files/regates-royales-de-cannes-trophee-panerai-39eme-edition-du-yachting-classique-173.png): failed to open stream: No such file or directory in /home/topcharter/public_html/2019/sites/site1/Modules/Image/Image.php on line 218

Warning: exif_imagetype(uploads/files/regates-royales-de-cannes-trophee-panerai-39eme-edition-du-yachting-classique-173.png): failed to open stream: No such file or directory in /home/topcharter/public_html/2019/sites/site1/Modules/Image/Image.php on line 228

Warning: exif_imagetype(uploads/files/regates-royales-de-cannes-trophee-panerai-39eme-edition-du-yachting-classique-172.png): failed to open stream: No such file or directory in /home/topcharter/public_html/2019/sites/site1/Modules/Image/Image.php on line 218

Warning: exif_imagetype(uploads/files/regates-royales-de-cannes-trophee-panerai-39eme-edition-du-yachting-classique-172.png): failed to open stream: No such file or directory in /home/topcharter/public_html/2019/sites/site1/Modules/Image/Image.php on line 228


Warning: exif_imagetype(uploads/files/regates-royales-de-cannes-trophee-panerai-39eme-edition-du-yachting-classique-174.png): failed to open stream: No such file or directory in /home/topcharter/public_html/2019/sites/site1/Modules/Image/Image.php on line 218

Warning: exif_imagetype(uploads/files/regates-royales-de-cannes-trophee-panerai-39eme-edition-du-yachting-classique-174.png): failed to open stream: No such file or directory in /home/topcharter/public_html/2019/sites/site1/Modules/Image/Image.php on line 228